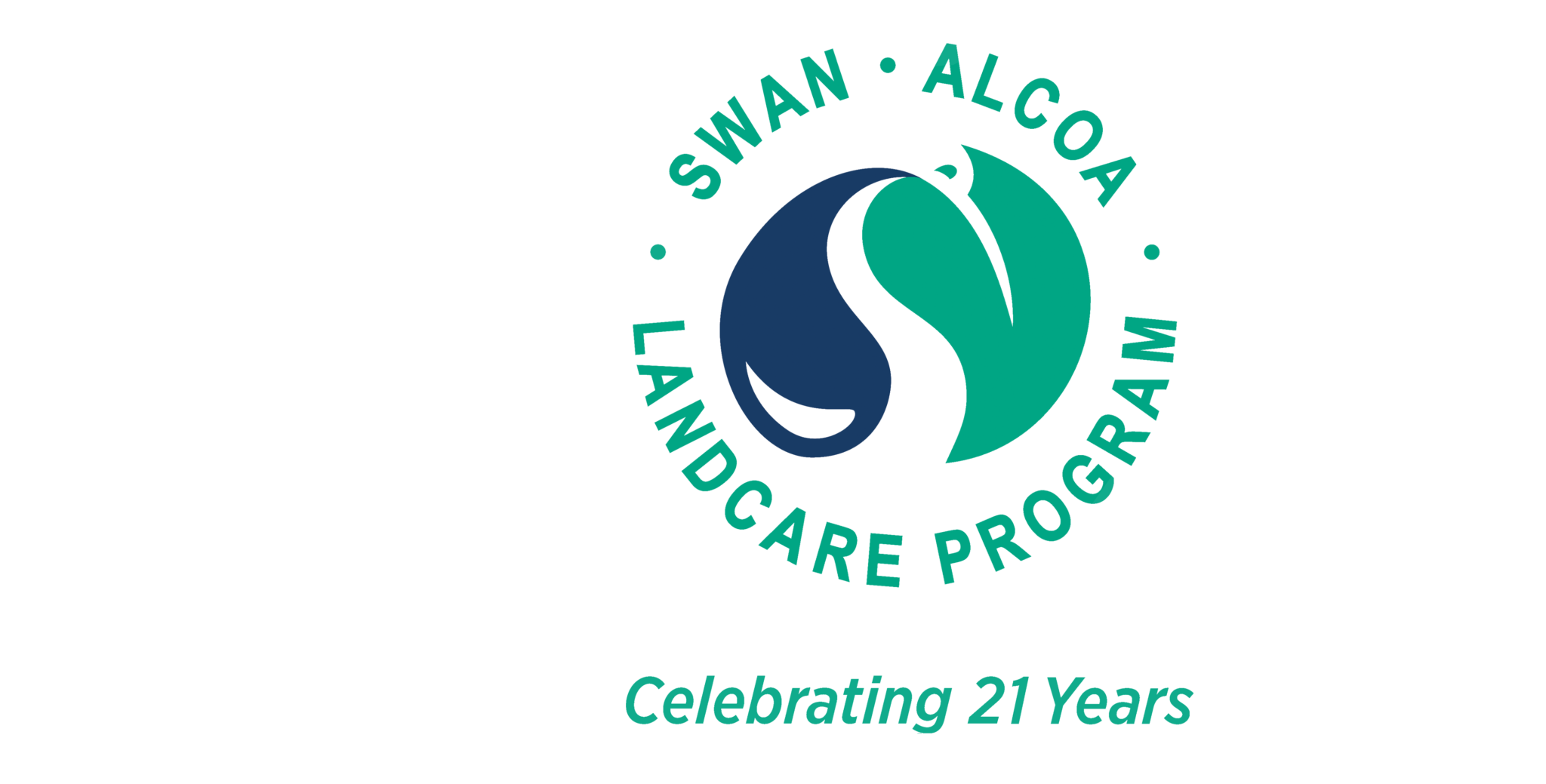 One of Australia’s longest and most successful landcare initiatives, the Swan Alcoa Landcare Program (SALP), is celebrating 20 years of protecting and enhancing the Swan and Canning rivers catchments. 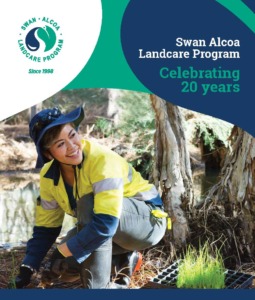 The joint initiative between Alcoa of Australia, Perth NRM and the Department of Biodiversity, Conservation Attractions, SALP has facilitated more than $8.5 million in grants that community groups have used to conduct 1350 projects, revegetating 1970 hectares with more than 2.6 million seedlings.

More than 200,000 volunteer hours that have been tirelessly dedicated by individuals and community groups. These hours alone represent another $4.1 million to the economy.

Perth NRM Board Chairperson Mariyon Slany said she was inspired by the program and its passionate and tireless volunteers. “People who live in our urbanised city not only care but actively get out and make time for this work,” Marion said.

“Over time industry and government partnerships such as this become examples for others and lead the way for more corporate investors. We are, after all, all joint caretakers of this beautiful landscape.”

Alcoa of Australia Managing Director Michael Parker said 20 years of partnership between the corporate sector, government and not-for-profit sector was a significant milestone worthy of celebration, but the challenge was to keep this work going.

“Twenty years is almost a full generation,” Michael said. “Our challenge going forward is to ensure we attract and embrace the next generation of our volunteer family to continue this important work and be the heroes of the next chapters of this ongoing story.” 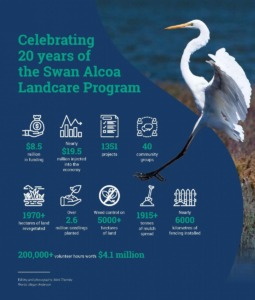 Young volunteers such as environmental student Zac Hardesty, from Friends of Lake Claremont, is among that next generation.

“As a volunteer you might only plant 100 trees in two hours but in 20 years you’ll see them 20-metres tall,” Zac said. “When you do something locally, it’s easy to break out from there and start making an impact, not just on the environment but on the people around you. We can really make a difference.”

The 20th anniversary is being marked with the publication of a 24-page magazine that not only looks back over the successes of the last 20 years but also aims to attract new volunteers. The magazine is being distributed in local communities and is also available on the Perth NRM and partners websites.

A celebration event is also planned for November where the Swan Alcoa Landcare Program 20 Year Celebration Awards will be presented in honour of the tireless volunteers and organisations who have made an made invaluable contribution to our environment.

About Perth NRM
Perth NRM is a non-profit organisation with a focus on the environment. Our aim is to protect and enhance our natural assets, sustainable agriculture and sustainable living. Perth NRM develops and manages projects and events as well as building support through collaborative networks of stakeholders and community. We are part of a statewide network of NRM organisations managing funded programs at a regional level as part of the Australian Government’s National Landcare Program.

About SALP
The Swan Alcoa Landcare Program (SALP) was established in 1998 to support urban community groups throughout the Swan Canning catchment in Western Australia. Community groups apply to SALP for Landcare grants of up to $20,000 annually for a single project.