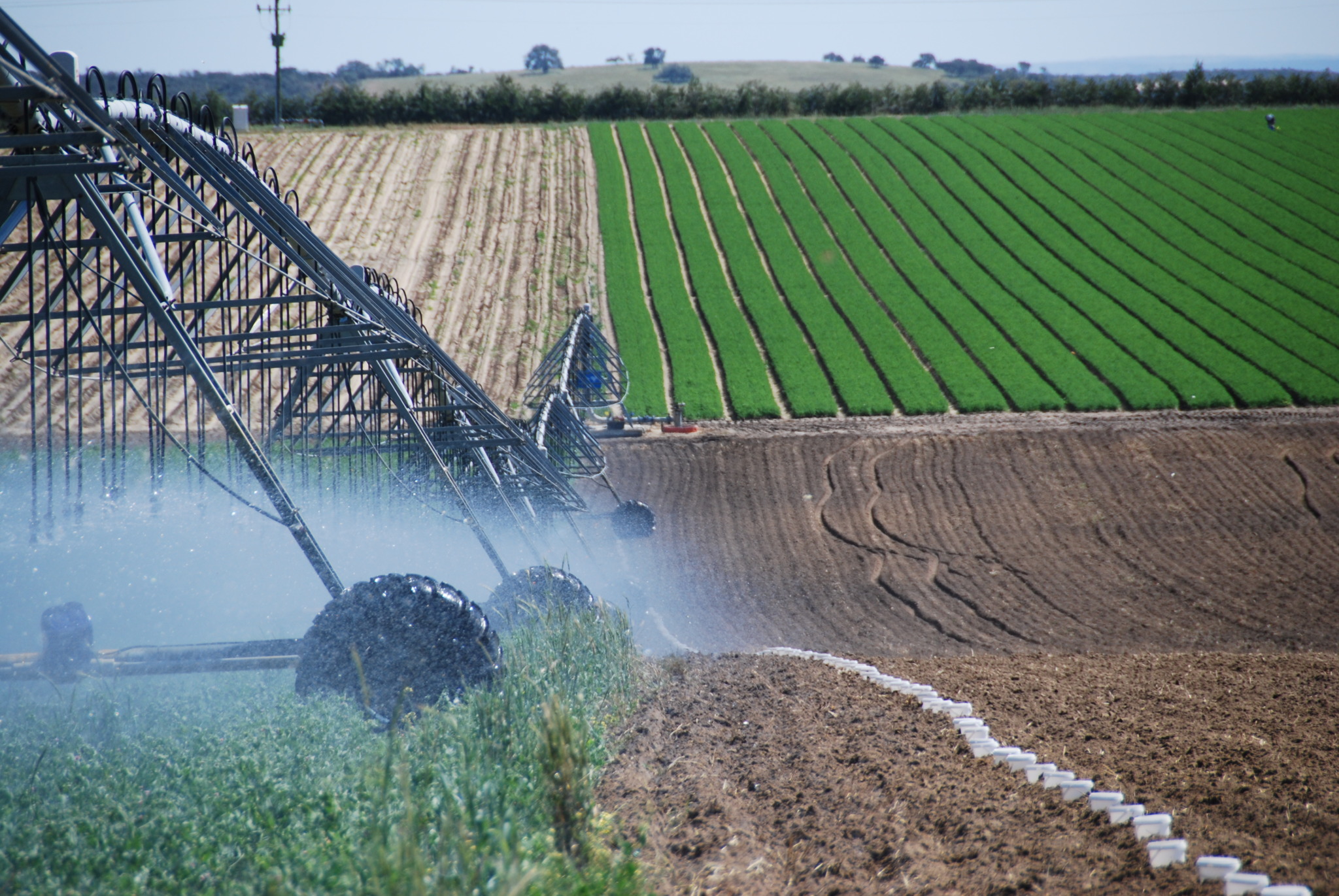 Applications for Round Four of the Smart Farms Small Grants have now closed.

With drier climates and a growing population, Perth NRM worked with the North of Perth Food Zone to implement ‘smart farm’ technologies to improve irrigation practices.

There have been increasing pressures on water resources in the North Wanneroo and Gingin areas in the last decade where our hotter, drier climate and less rainfall in the SW of the State, with increased use, has seen ground water resources challenged. Population growth has seen the extraction of water increase for all uses with some over allocation of ground water.

In January 2019, Minister Alannah MacTiernan announced a State Government proposal to reduce groundwater allocations to growers in the North Wanneroo area by 10% from 2028 to meet future need.

This has reinforced the need for further water efficiency programs to assist growers to adapt prior to the proposed reduction being enforced.

Research indicates that most fruit, vegetable and turf growers on the Swan Coastal Plain are not currently using soil moisture sensors or evaporation data to schedule their irrigation events.  The growers generally make irrigation decisions based on subjective observations such as the appearance of the plant / tree, the soil, past experience and or daily temperature predictions.

Properly designed irrigation systems, combined with the use of soil moisture sensors, improves irrigation efficiency and enables demonstration of responsible water use.

In 2018, Perth NRM was funded by the National Landcare Program and the City of Wanneroo to assess the practical use and adoption of improved soil water and nutrient monitoring practices by horticulturalists in the North of Perth Food Zone.

Agronomist Neil Lantzke worked on the project with fruit, turf and a vegetable grower in North Wanneroo and West Gingin areas, plus City of Wanneroo staff at a public open space in Landsdale.

The uniformity of irrigation systems was measured and soil moisture sensors (tensiometers and capacitance probes) were installed on eleven properties (2 avocado, 2 citrus, 2 mango, 4 turf properties and Kingsway Reserve, Landsdale) with all sites located on sandy soils.

Growers gained a better understanding of how to interpret trends in the data and the benefits and limitations of soil moisture sensing.

Most growers involved in the study now view the soil moisture data regularly and use the information to program their irrigation.

The overall response to the study has been positive and some growers have bought additional soil water sensors and installed them in other irrigation blocks on their properties.

The work with fruit growers was focused on improving irrigation and hence nutient management through the use of soil moisture sensing.

Growers were assisted to interprete results over two seasons.  In some cases growers were overwatering and in others, they were underwatering.

Evidence of success is demonstrated by the fact that at the end of the project five of the six orchardists decided to continue using the equipment.

Soil moisture monitoring is a useful tool for orchardists who grow on the sands of the Swan Coastal Plain.

The irrigation and fertiliser practices of the turf farmers were audited, soil moisture was monitored and a report with results presented to each grower by the project officer.

Only one of the four turf growers regularly viewed the soil moisture data and used it to manage irrigation events.

The benefit for the turf growers is in better understanding of soil moisture replacement using Evapotranspiration (ETo) methods; monitoring local ETo readings and replacing the moisture that is lost to evaporation.

In work with the vegetable grower, the project officer identified difficulties in improving irrigation practices on the deep sands.

This type of food production, with many short duration crops grown on the same property has evolved to keep costs low, against marginal returns.

The preference is for overwatering on fast draining, easily wind eroded soils, where underwatering can lead to crop losses on the deep sands.

With water being inexpensive, the costs of changes to irrigation design and extra labour to properly monitor and schedule irrigation, are considered prohibitive by many current farmers.

It is also more difficult for vegetable growers to adopt soil moisture sensing technology as the equipment needs to be installed and removed every crop. Growers have a range of crops of different ages, through the year to remain viable, which would necessitate the use of large number of soil moisture sensors, if using this technology.

The benefit for the vegetable grower and this type of production is in better understanding of soil moisture replacement using Evapotranspiration (ETo) methods; monitoring local ETo readings and replacing the moisture that is lost to evaporation.

Work with City of Wanneroo focused on improving turf irrigation uniformity and using soil moisture data to assist with irrigation scheduling, at Kingsway Reserve in Landsdale.

The project officer’s work with CoW Staff, identified that in the application at Kingsway, as with many other POS sites in Western Australia, that poor application uniformity of sprinkler irrigation on turf is a major limitation to efficient irrigation due to the windy conditions that are common in the south west of Western Australia (verb comms John Forrest – Turf specialist).

This information has been presented to Irrigation Australia and WA Turf Industry Association with funding being sought to develop information and training packages to address the issue.

This work has been used as a case study for other Local Government Authorities, with the aim to secure funding to extend the work throughout Perth. There is keen support from the Department of Water and Environmental Regulation for the work. 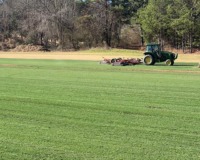 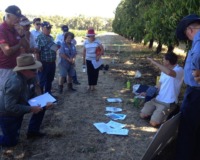 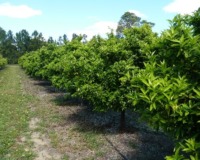 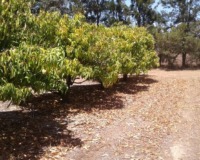 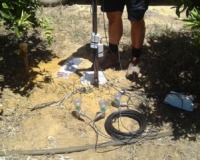 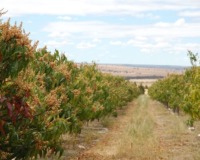 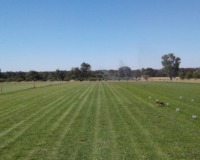 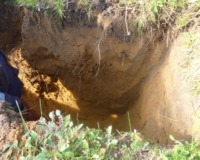