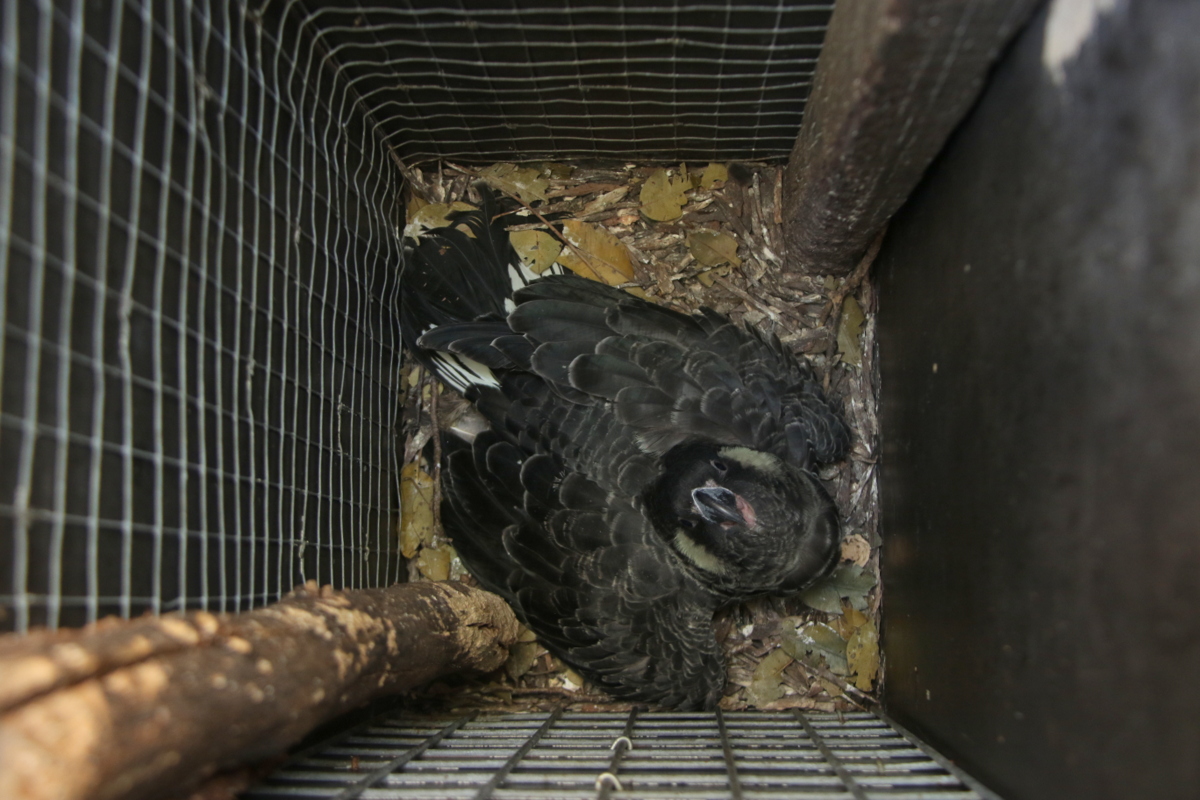 It's Perth NRM's Week of Action in support of the 2022 International Day For Biodiversity (May 22), so it's a great time to share some good news about a successful Carnaby's Cockatoo nesting box installation.

Destined for development in 1996, an old fruit orchard adjoining remnant bushland in Glen Forrest has recently been confirmed as a breeding site for an Endangered species. But this has only happened with a long-term vision and ongoing custodianship to see this vision realised.

In the 1990s residents of Glen Forrest became aware that the land, originally managed by the Department of Land Administration (DOLA), was to be auctioned for development. This led to extensive meetings between the Shire of Mundaring Council, DOLA and other State Government representatives and the local community, culminating in a large parcel of land named ‘The Superblock’ being identified as a ‘Core Reserve Precinct’ and included in the Darling Range Regional Park.

Soon after, the ‘Friends of Nyaania Creek (FONC) formed. This small group of passionate land-carers is dedicated to restoring degraded sites and protecting and enhancing areas of existing native vegetation. Thanks to local teacher Cathy Levett, Glen Forrest Primary School children were given the opportunity to record how they valued the area, becoming involved in outdoor science, environment and conservation activities and nature walks with the Friends group. In the late 1990s  DOLA removed orchard trees, in an area South of Nyaania Creek and students played a vital role in annual planting days, which saw restoration works continue for the next two decades.

In 2015, Glen Forrest Primary Year 6 children, encouraged by their teacher, joined a Millennium Kids Inc. (MK) Youth Environment Conference to find out more about sustainability and conservation. They were encouraged to identify a local area and focus on working towards solving an environmental issue, so a connection with the Superblock was re-established.

Students have been monitoring nest boxes at the Superblock in Glenn Forrest for years. Image supplied by Cathy Levett.

The students decided they wanted to further improve the habitat for native animals in the area along Nyaania Creek. In collaboration with Kathy Wood and other members of FONC, Cathy Levett helped them to form the Hills Millennium Kids (MK) Environment Group in 2016. This enabled students to work on their project outside of school hours. The young people met regularly to plan and undertake activities including the planting of habitat shrubs for quenda refuge and food trees for native birds, especially threatened black cockatoos.

As a key part of the project, the Hills MK Group came up with the idea of installing nest-boxes at the site. They planned, promoted and delivered a school holiday workshop to make the nest-boxes with local environmental scientist Simon Cherriman of The Re-Cyc-Ology Project. The FONC, with support from Shire of Mundaring staff Jaya Vaughn, Brad Thompson, Briony Moran and David O’Brien, were successful in obtaining a grant to fund the workshop and other parts of the project, which included most Glen Forrest Primary classes walking from their school to observe the installation of the nest-boxes in the Superblock.

Working among a thriving ‘new forest’ of native trees and shrubs, the Hills MK Group continued to monitor the nest-boxes installed in and near the old orchard, carefully recording their findings on a monitoring sheet they themselves developed. After five years the boxes had been used by a variety of wildlife including ducks, possums, parrots, an assortment of insects and spiders, and even rare marsupials, the Brush-tailed Phascogale (or Wambenger) and Mardo (a species of Antechinus). The presence of such animals highlighted the role the site was now playing as an important wildlife corridor. But one of their most exciting discoveries was yet to come.

In late 2021, two members of the original group of nest-box workshop students, Alexander Hurlbatt and Rory Bundock, now in Year 12, accompanied Simon and FONC members to inspect one of the large, ‘top entry’ nest-boxes situated in a young Marri tree. As the extendable monitoring camera was positioned above the box, the group was thrilled to identify a healthy Carnaby’s Cockatoo nestling peering up and swaying its head gently! Later observations of the chick’s parents revealed they were feeding on some of the fruits of local labour: the seeds of Hakea shrubs planted by landcarers young and old during the previous 20 years. 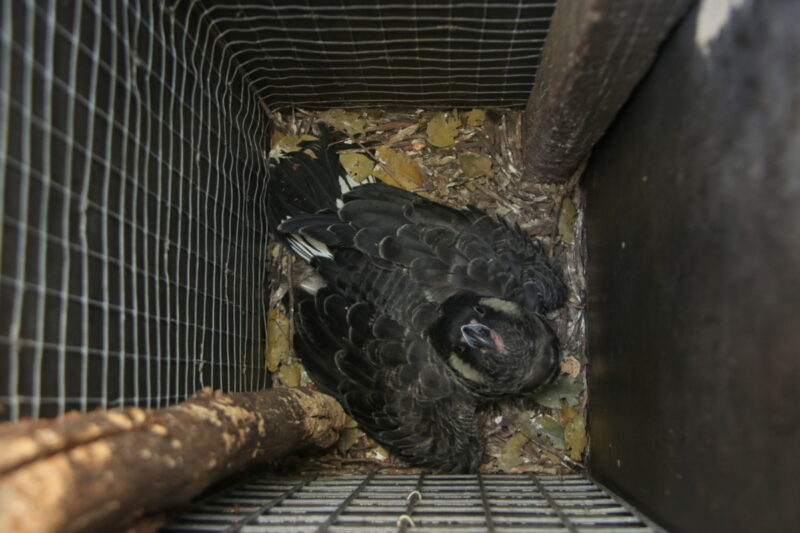 The success of this project lies in the tenacity of all involved, from the initial community group that led the charge against development to the children who envisioned a range of native animals colonising the area again. The fledging of a brand new Carnaby’s Cockatoo – a Threatened species that continues to disappear from much of its pre-European range – marks an incredibly important point in the Superblock’s story. It is living proof that when children have dreams, they absolutely can, and do, fly.

If you have a similar story you’d like to share, let us know by filling out the form below.

The Threatened Species Project, Back From The Brink Stage Two, is supported by Perth NRM through funding from the Australian Government’s National Landcare Program.

Students up to the Challenge