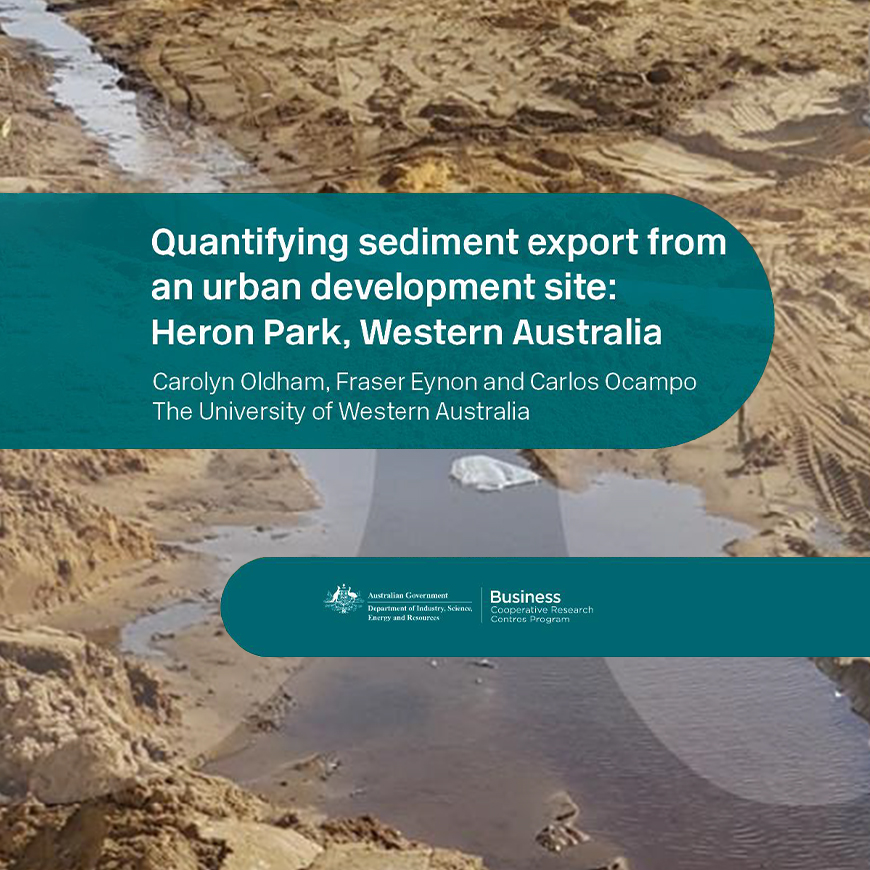 The CRC for Water Sensitive Cities has published research commissioned by the Sediment Task Force, marking an important milestone in sediment management.

The Sediment Task Force was first established in 2014, bringing together industry, local governments and State Departments to examine the causes, costs and management techniques for controlling sediment from development sites, preventing soil and builders sand from escaping into the wider environment.

Despite existing legislation governing management of subdivision and building sites, enforcement throughout in Western Australia was shown to vary between jurisdictions. More importantly, it became evident that not enough was known about the environmental impact of poor sediment management practices.

Like many forms of pollution in our waterways, management is often a reactive process that follows the discovery of an environmental impact, such as sediment plumes in our waterways or clogged stormwater systems. It can be very difficult to trace the original source of an urban sediment discharge after it has traveled through the stormwater system – particularly in extreme weather conditions.

To understand this challenge better, the Sediment Task Force commissioned a study in partnership with UWA and the CRC for Water Sensitive Cities, examining sediment loss at a single source with the cooperation and assistance of the Satterley Group’s Heron Park Estate development.

The study aimed to:

This study will inform future activites and programs that will attempt to mitigate these impacts and represents an important milestone for the Sediment Task Force.

This work was funded by the Sediment Task Force, as a collaborative partnership between Perth NRM, the Department of Biodiversity, Conservation and Attractions, the Water Corporation of WA, Main Roads WA, Western Australian Local Government Association (WALGA), the South East Regional Centre for Urban Landcare (SERCUL) and the Cities of Armadale, Gosnells and Kwinana.

Perth RALF gets an eight-legged honour