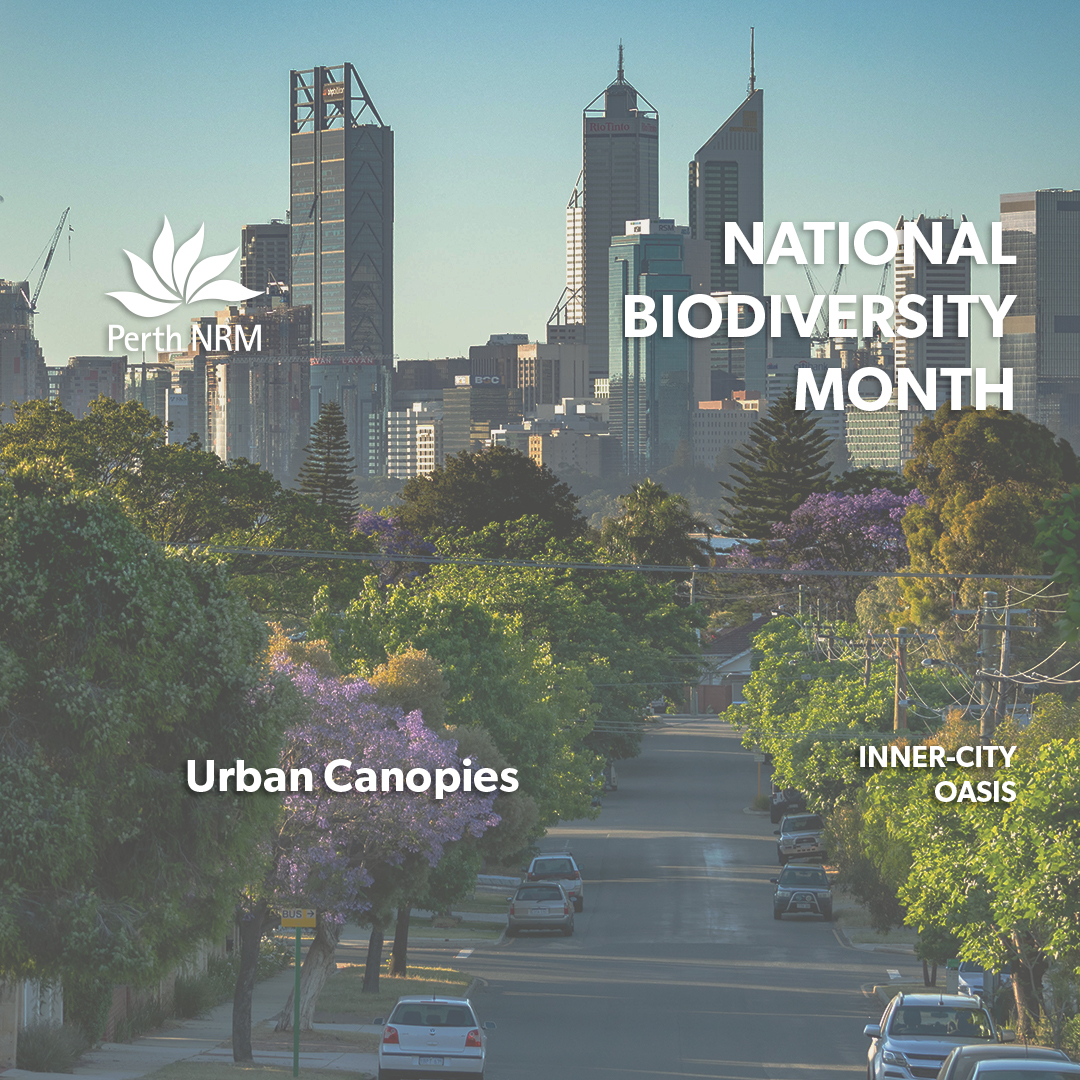 ABC News: How hot is your neighbourhood?
DPLH/WAPC/CSIRO: The urban forest of Perth and Peel (pdf)

In the last of our National Biodiversity Month series, we look at the role of the urban forest in urban hotspots.

During National Biodiversity Month we have focused largely on the importance of maintaining our region’s internationally significant biodiversity values. ‘Street trees’ play an important role in urban ecosystems, providing ecological and social benefits in addition to beautifying our suburbs. One such benefit is the cooling effect of ‘Urban Forests’.

Research released by CSIRO in 2018 showed that suburban areas without canopy cover were significantly hotter, with differences of up to 6 degrees within the greater metropolitan area, depending on the densities of tree canopy, buildings, roads and water sources.

CSIRO scientist Peter Caccera told ABC news, “We found that for every increase of 10 per cent tree canopy cover, you get a 0.62-degree decrease in land surface temperatures.”

Many local governments have established Urban Forest strategies to try and increase the amount of canopy in their regions, but as you can see in the density mapping below, it remains a significant challenge for a number of reasons: 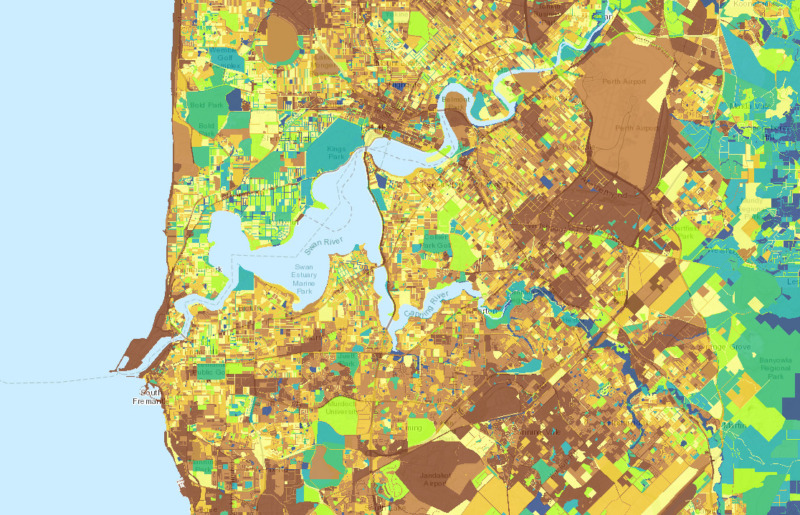 It is surprising to see some of the suburbs we deem our ‘leafiest’ and ‘greenest’ suburbs (which tend to be the most established areas around Perth’s ‘western suburbs’ and outlying areas of Fremantle) often have less than 20% canopy cover within residential and commercial blocks while maintaining much higher canopy density on the street.

The importance of ‘street trees’ only increases as we try and manage factors such as population growth with infill development, losing substantial amounts of canopy within private properties.

Urban Forest strategies and policies undertaken by local government or local community groups can frequently result in a very narrow range of species, not necessarily endemic or even native. This isn’t necessarily a negative outcome, but non-native species aren’t always capable of filling the environmental roles native trees once played in these regions.

A lot of the issues discussed in this article are the after-effects of previous planning regimes, operating under different social conditions and without the benefit of hindsight. The importance of Urban Forests, both in terms of helping regulate our suburban microclimates and playing an ecological role, are much better understood today.

For example, native mistletoes can be introduced to non-native tree species to supplement the biodiversity of existing plantings.

Many local governments have Urban Forest strategies you can learn more about, and some even provide free trees (from an approved species list) to residents that can be planted on your verge. This provides opportunities for us to increase the biodiversity value of our homes, streets and suburbs.