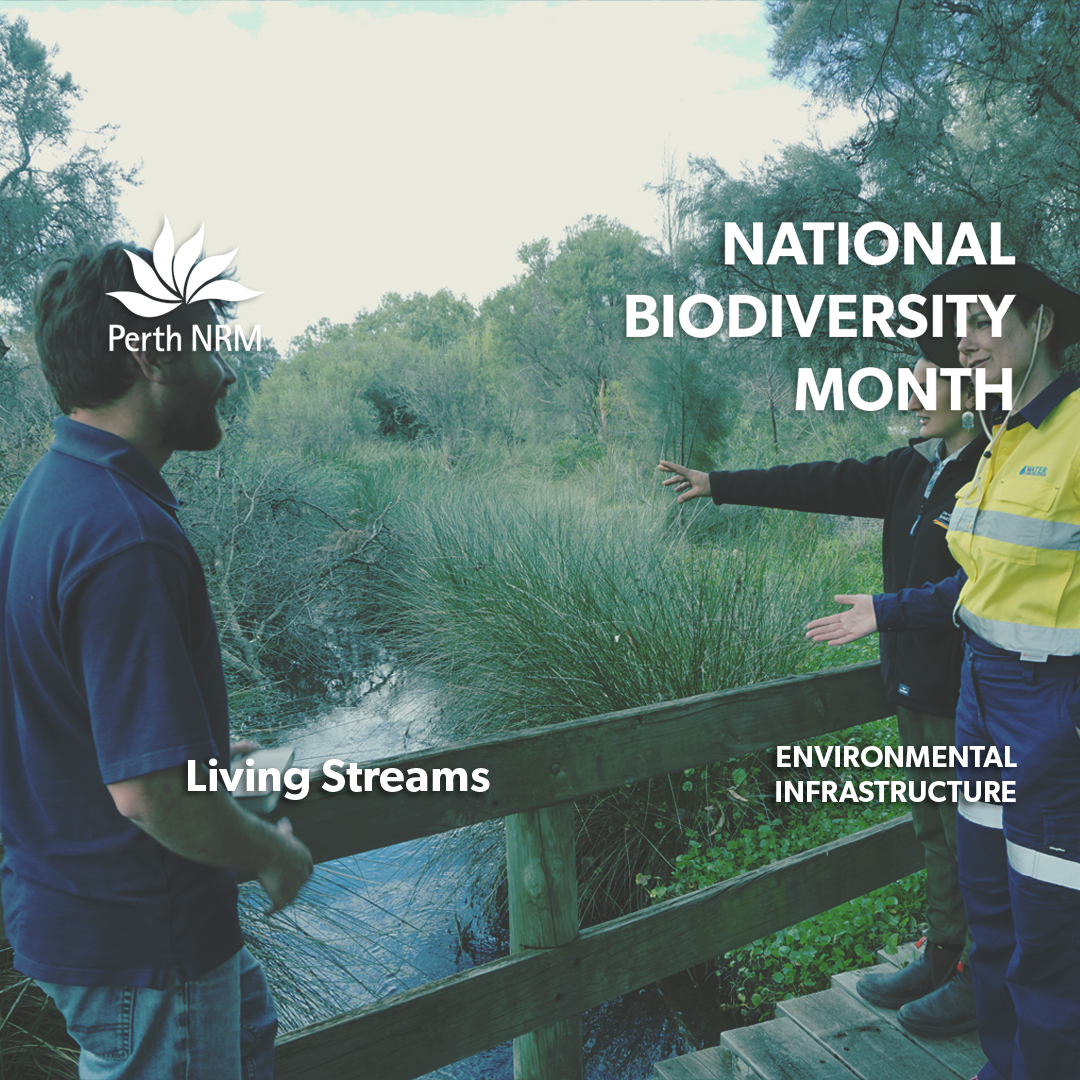 Living Steams and Constructed Wetlands are an increasingly popular way to use ecological systems as part of our urban infrastructure, offering improved biodiversity value to our suburbs.

There is some fantastic work being done in our region and throughout the country, incorporating issues such as water sensitive urban design, stormwater management and habitat fragmentation.

One of the stand-out examples in our region is the award-winning Point Fraser redevelopment within the City of Perth. This project began in 2003, and through revegetation and environmental monitoring it was proven that reintroducing wetlands using endemic species, it was possible to reduce pollutant loadings entering the Swan River using natural processes (biofiltration).

Importantly, it also reintroduced essential habitat for our native species, especially birds, that had been crowded out by human development – a problem we call habitat fragmentation.

The great news is that living streams and constructed wetlands are no longer experimental ideas, but a valued resource that provides biodiversity, public amenity (they tend to be more beautiful than storm drains) and environmental benefits.

Perth NRM has provided partnership support to a number of local projects, and the Water Corporation has a whole program dedicated to retrofitting living streams into existing urban design, called Drainage For Liveability.

A project led by SERCUL with the City of Canning and the Water Corporation is under construction now at Nurdi Way in Riverton.