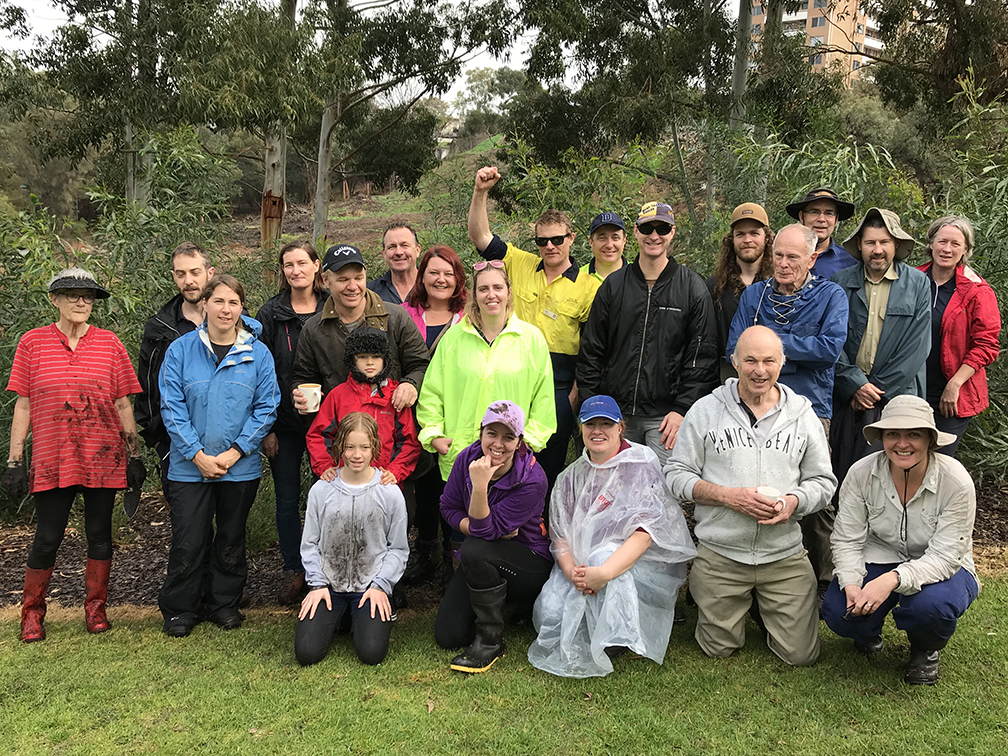 Maylands residents and volunteers from the Friends of Bardon Park joined City of Bayswater staff on Sunday, 4 August to plant 3000 native seedlings at the iconic Bardon Park wetlands. 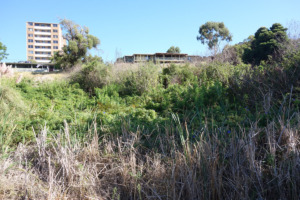 Courtesy of City of Bayswater. Bardon Park site prior to works (May 2019)

The planting day was part of the Bardon Park Wetlands Swan Canning River Restoration project (SCRR2), administered by Perth NRM. Funding for SCRR2 has been provided by the Australian Government under their Improving Your Local Parks and Environment program, the aim of which is to work with the community to improve the water quality and habitats of the Swan Canning River systems.

This project focuses on restoration works to revegetate the wetland site to recreate a natural system to filter nutrients and trap sediment and increase biodiversity.

The “46 hands” there on the day planted a diversity of species including Swamp Paperbark, acacia, banksia, hakea, and eucalypts.

Braving the rain, the 23 volunteers were treated to the constant calling of the quacking and rattling frogs that have been increasing in population since this restoration project began. 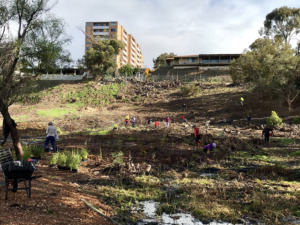 Remnant jarrah and banksia species at the site have been retained and will be protected and large, woody trunks have been purposely placed on site for stabilisation and habitat purposes.

As a great example of re-use and re-purpose, woody weeds were mulched on site and this mulch has been spread to help the new seedlings recolonise the area.

Only one week later, a site visit confirms the success of this planting activity, with the seedlings all looking healthy and showing no evidence of stress. Already you can see natural regrowth of small native species, which is evidence of a viable native seedbank.

Jute matting will be eventually be installed to prevent soil erosion and the Friends of Bardon Park will be enlisting volunteers for ongoing weed removal to ensure the new seedlings grow to become a “close to” replica of what the site was like prior to European settlement.

We are working to establish a calendar of virtual events during these strange times. Please feel free to submit yours!