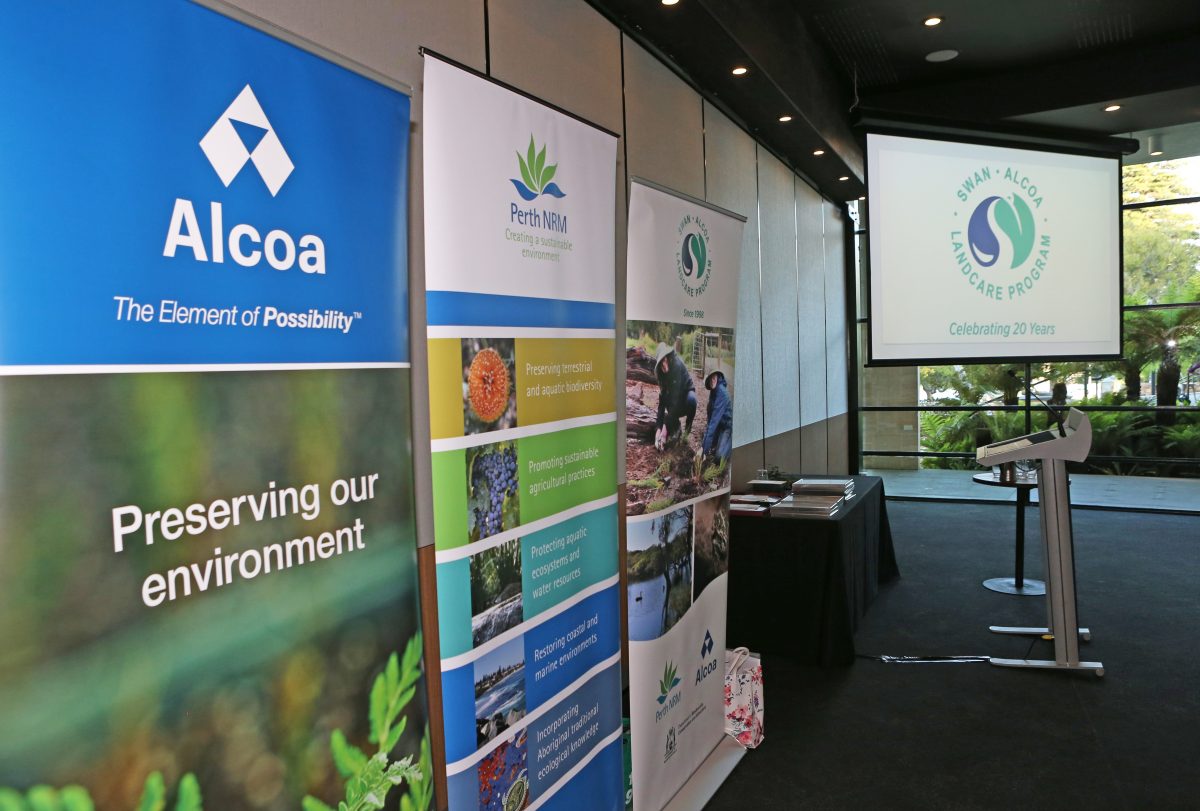 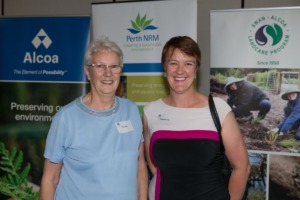 Volunteers and organisations who have dedicated their time and efforts into improving environmental conservation in the Swan Canning Catchment were officially acknowledged at SALP’s 20th Anniversary Celebration Awards.

The Ian Colquhoun Lifetime Achievement Award was awarded to Una Bell for her dedication to environmental conservation and education.

Una was part of SALP’s inaugural funding round in 1998. Her first successful grant was used to transform a degraded creek line in Bugle Tree Gully Park into a beautiful habitat for many species. Una continues to maintain the park today. Since then she has gone on to volunteer with several other friends’ groups in the area. Her work does not stop at land care, Una also delivers professional development workshops for local government, conducts walks and talks to educate the local community on unique native flora and fauna found in the reserve as well as producing literature and field guides.

The Cam Clay Community Partner Award was taken out by Chittering Landcare.

The Chittering Landcare Centre has been part of SALP since it began and has supported more than 200 SALP projects in partnership with numerous community groups, landowners and local government leading to the installation of nearly 600,000 plants and significant environmental outcomes. 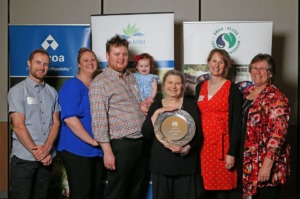 Zac’s commitment to the Friends of Lake Claremont (FOLC) started when he was still attending school. His passion and understanding for the local environment have allowed him to step up into a supervisory role. His dedication was recognised further in January when he was welcomed onto the Board of Directors of FOLC.

The Outstanding Advocate Award went to Brian Doy.
Former Alcoa Corporate Affairs and Human Resources Director, Brian Doy was a driving force behind SALP from the outset. He was there in the formative days, helping convince his then employer Alcoa that it should broaden its successful Landcare Project from the regions of WA to the Perth metropolitan area and support the then called Swan Catchment Urban Landcare Program. He was there during periods of change and challenge within Alcoa, successfully convincing the company that it needed to remain an integral partner in the program.

“Moving forward over the next 20 years it is key that we engage more young volunteers,” explained Perth NRM Chair, Mariyon Slany. “The future of our environment is dependent on more people like Zac making the same commitment that our current group of volunteers have over the last two decades. 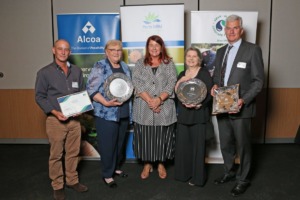 Alcoa of Australia Chairman and Managing Director Michael Parker said great things had been achieved over the first 20 years of SALP, which was a partnership between the resources company, Perth NRM and the Department of Biodiversity, Conservation and Land Management.

“Through great passion and tremendous toil, countless volunteers have made the Swan Alcoa Landcare program blossom and thrive,” Mr. Parker said.  “Thank you for helping to transform the Swan Canning catchment and making our communities better places.”

About Perth NRM
Perth NRM is a non-profit organisation with a focus on the environment. Our aim is to protect and enhance our natural assets, sustainable agriculture and sustainable living. Perth NRM develops and manages projects and events as well as building support through collaborative networks of stakeholders and community. We are part of a statewide network of NRM organisations managing funded programs at a regional level as part of the Australian Government’s National Landcare Program.

About SALP
The Swan Alcoa Landcare Program (SALP) was established in 1998 to support urban community groups throughout the Swan Canning catchment in Western Australia. It is a partnership between Alcoa of Australia, the Department of Biodiversity, Conservation and Attractions and Perth NRM. Community groups apply to SALP for Landcare grants of up to $20,000 annually for a single project.