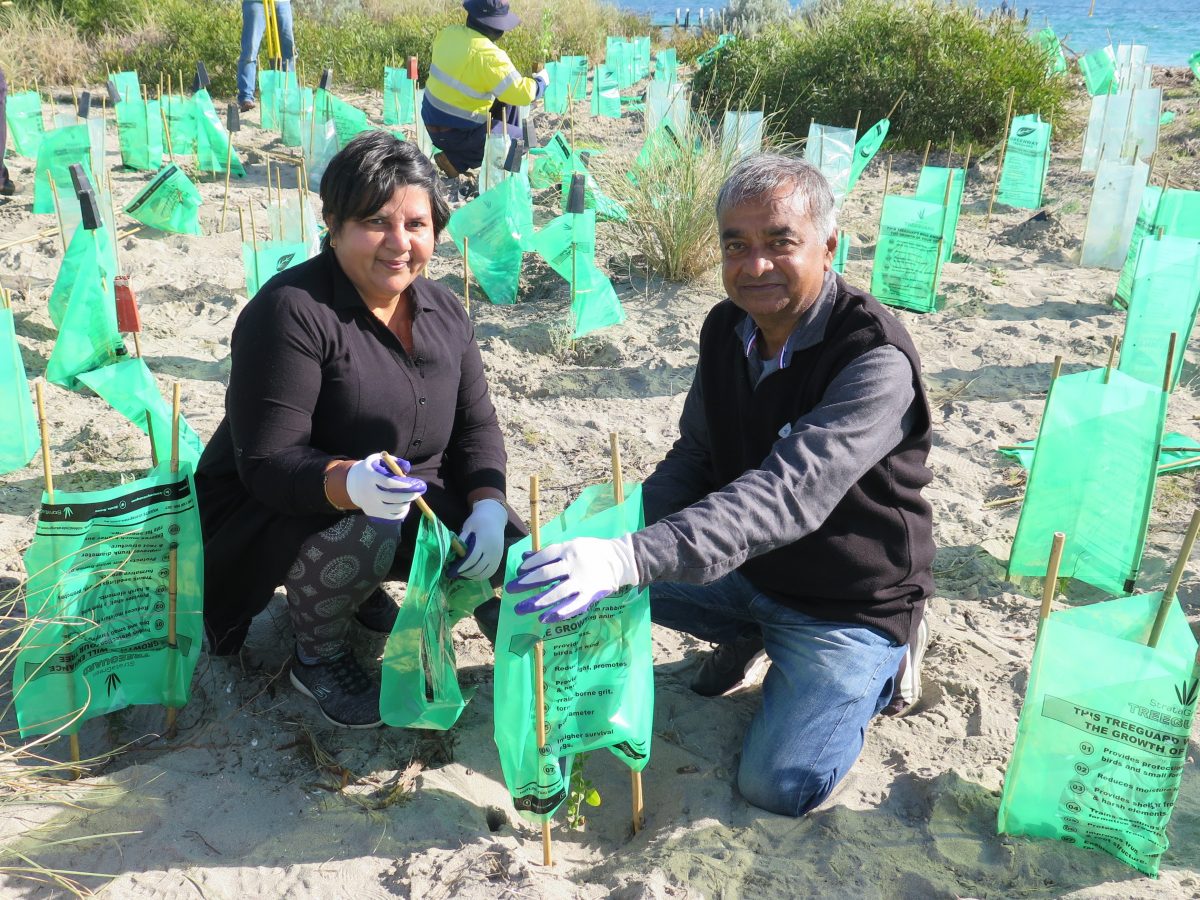 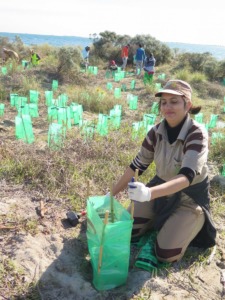 The recent Kennedy Bay Coastcare planting event at Port Kennedy beach was bolstered by the presence of the Green S Team.  Members of Perth’s Indian community contribute their time and energy to support Perth NRM’s Coastal and Marine Program by planting coastal species at a number of our beaches to aid in the management of dune erosion and to strengthen habitat. Volunteers on the day celebrated their hard work with an Indian lunch, a tasty reward for everyone’s efforts.

Lee Webster provided footage of the planting and has kindly allowed us to share the video depicting the huge number of plants and guards that were installed. 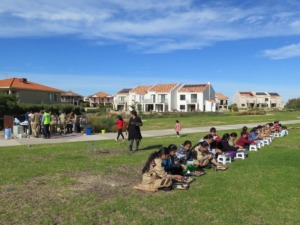 Port Kennedy is built on Becher Point and because of its geomorphological history it is home to an unusual wetland formation, called the Becher Wetland Suite. These wetlands are linear in form rather than circular and have formed in dune swales parallel to the coast.

Neville Passmore: Why trees are good for suburban gardens (Part 2)