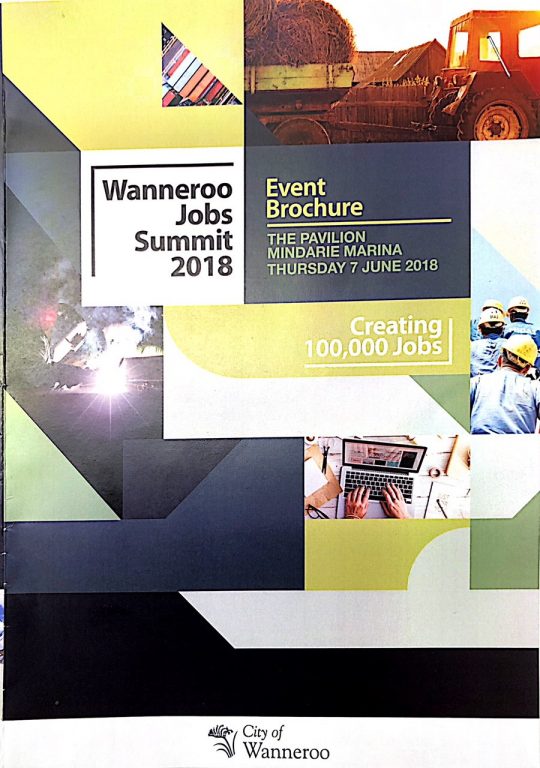 The Wanneroo Jobs Summit was held at Mindarie Marina early in June as the second of these events profiling job opportunities being developed as part of Wanneroo’s Smart City’s program.

As partners in Perth NRM’s Food Future program, Wanneroo’s whirlwind development to deal with a projected 2-fold increase in population in the City by 2030 is an astounding model of engagement to feed, house and employ its constituents. 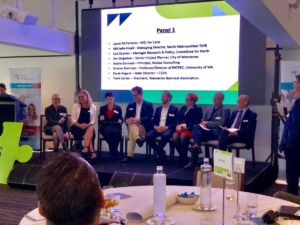 Speakers portrayed the population numbers and their spread within the city parallel to employment availability.

A driving force, it was said, was to have the range of employment opportunities within in the City region to slow down the daily egress to other work nodes.

The City is engaging industry start ups with new and digitally enabled thinking to develop the work hubs within the City’s boundaries as a matter of priority, with 100,000 jobs the aim by within 5 years.

A further aim is to harness the potential of agribusiness in the region with several big international players along with the small landholders, such an important part of the community.

As a further agribusiness initiative, Wendy Newman, CEO Wheatbelt Development Commission, announced the creation of the “North of Perth Food Zone” in partnership with the City of Wanneroo. This initiative she said looked beyond municipal boundaries with Shires of Gingin, Chittering and Dandaragan to create this food production zone to drive expansion in the jobs space.

She said the region jointly produces in excess of $1 billion of agricultural products annually.

Several panel sessions were run during the day to workshop the new initiatives with a great deal of positive energy and networking emanating from the day.

NAIDOC Week celebration – with the City of Armadale