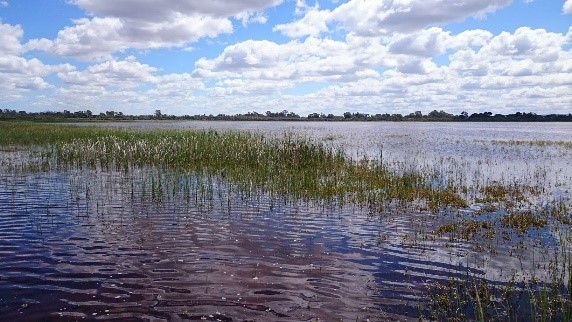 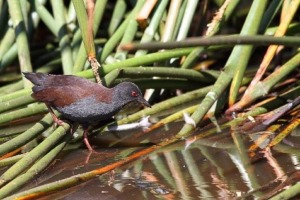 The Spotless Crake (Porzana tabuensis) is one of the many migratory birds that make Forrestdale Lake their home during the wet season.

Perth NRM’s Living Wetlands program has teamed up with Conservation Volunteers Australia (CVA) to support conservation work being undertaken by the Department of Biodiversity, Conservation and Attractions (DBCA), the City of Armadale and local community groups, such as the Friends of Forrestdale Lake and SERCUL, to restore habitat and improve water quality at Forrestdale Lake Nature Reserve (Forrestdale Lake). 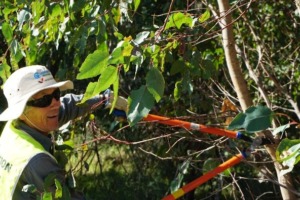 Native trees are pruned along the boundary for fire management and safety purposes.

Forrestdale Lake is recognized as one of the most important conservation areas in southwestern Australia, and together with nearby Thomsons Lake was designated a Ramsar Wetland of International Importance in 1990. The Ramsar convention aims to halt the worldwide loss of wetlands and conserve areas that remain. 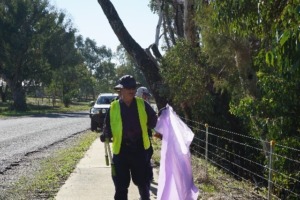 Rubbish collected from Forrestdale Lake is sorted by DBCA and recyclable items captured.

On a sunny day in late May a team of enthusiastic CVA volunteers, along with their CVA Conservation Officer, Shannon O’Grady, were joined by Brian Inglis from DBCA to prune vegetation along the Lake’s north western boundary and remove woody weeds and rubbish from this important A-class Nature Reserve. 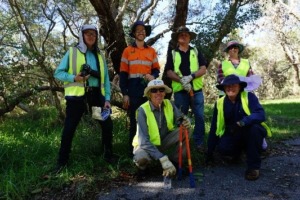 CVA volunteers working at Forrestdale Lake to date strongly believe that volunteering to help the environment not only makes them feel like they are making a difference, it provides them with an opportunity to learn about local wildlife and the environment, learn new skills, meet new people and connect with nature.

If you would like to help volunteer efforts to preserve and restore Forrestdale Lake and/or other significant environmental areas in your local area, please register your interest at http://www.perthnrm.com/volunteering-in-the-swan-region or http://conservationvolunteers.com.au/get-involved/volunteer/.

We encourage you to explore the biological, environmental, Whadjuk and European cultural and historical values of Perth’s unique Forrestdale Lake. The Lake generally reaches its maximum depth by the end of September and is dry by early summer. Seventy species of waterbird occur at both Forrestdale and Thomsons Lakes with 21 species breeding. Don’t forget your binoculars!

Neville Passmore: Why trees are good for suburban gardens (Part 3)