Corporate team from Stantec – 20 bags in under 2 hours! 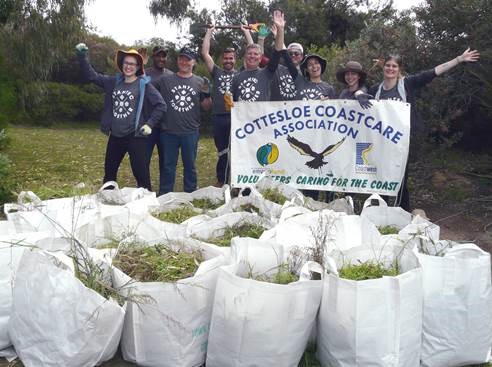 A hard working team from Stantec made a significant dent in the weeds at Cottesloe Native Garden when they filled 20 bags in only a few hours! 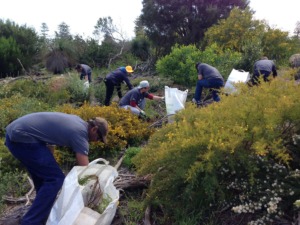 The Cottesloe Native Garden is one of the only sites left which contain remnant vegetation in the Town of Cottesloe and therefore contains a rich diversity of local native vegetation providing habitat for certain species not found in other areas.

Cottesloe Coastcare took on ownership of this area in 2006 and has utilized many volunteer teams who have assisted in the preservation of this site, as well as their own group’s dedication to conservation.

Corporate teams such as Stantec provide valuable labour in maintaining sites such as these by helping with weed species management where timing is critical to remove them before seeding occurs. Reduced weed cover ensures native species are not out competed.

A thrilling discovery during the weeding session was to find pink fairy orchids (Caladenia latifolia) which are the first to be seen in the natural areas of Cottesloe!

Many thanks to Robyn Benken for sharing the images with us.