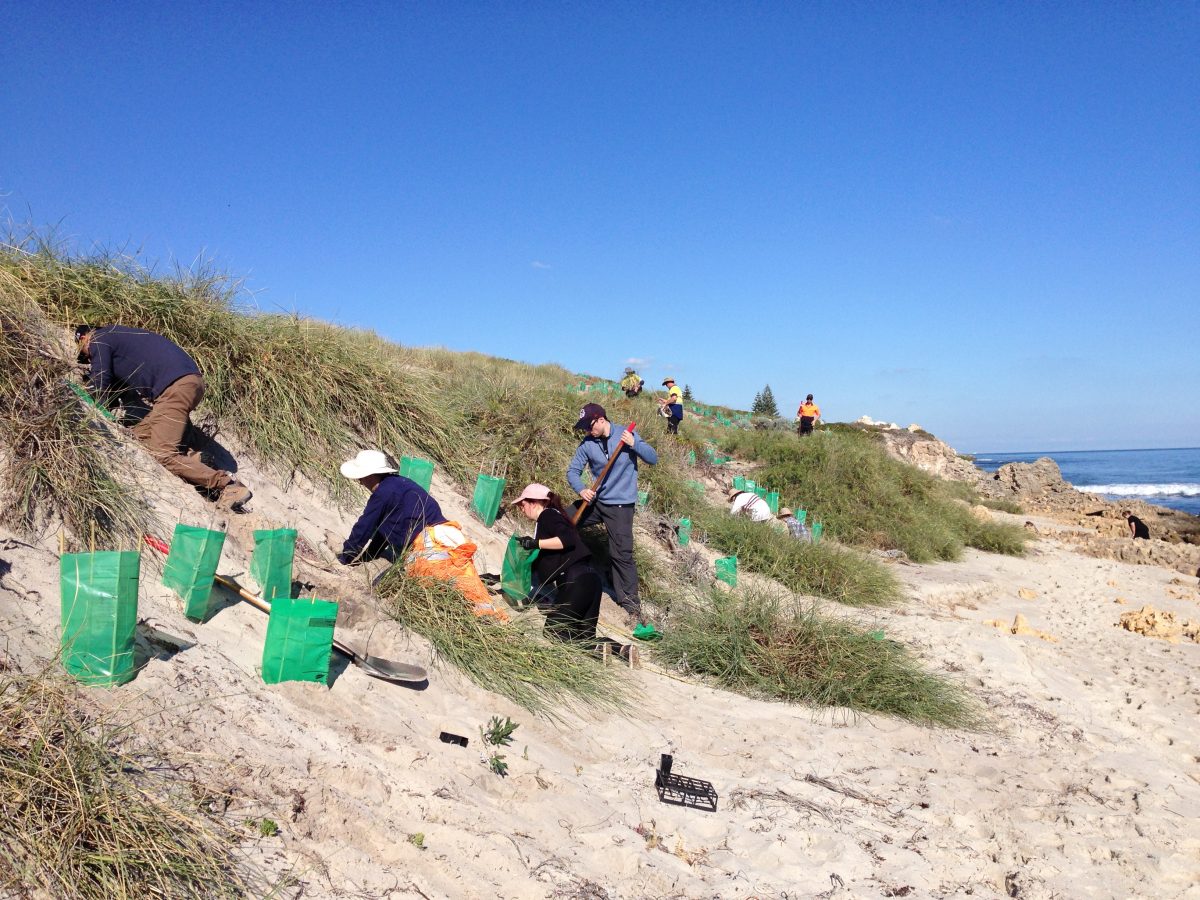 Members of the Kathmandu Summit Club took to the coastal dunes on a sunny Saturday in June to lend a hand in re-vegetating some of Marmion’s steep slopes.

The team, organized through Conservation Volunteers Australia (CVA), met with Sorrento/ Marmion Coastcarer Mike Norman who gave a demonstration on his successful planting practices in coastal sands (he typically gets seedling survival rates in excess of 85%). The team planted more than 270 seedlings and placed protective tree guards around them to stop damage from the local rabbit population (until effective rabbit control can be achieved). The Sorrento and Marmion coastal reserves have a relatively narrow but steep dune system between the ocean and West Coast Drive, with limestone cliffs in places. After years of intensive weed control and revegetation with local provenance native plants a large proportion of the dunes have been restored, therefore the team’s hard work with in-fill planting will continue to improve the overall integrity of the coastline. 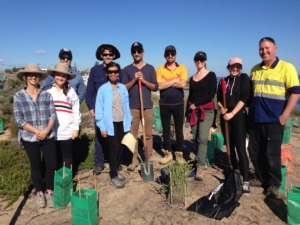