A collection of coastcare stories and successes 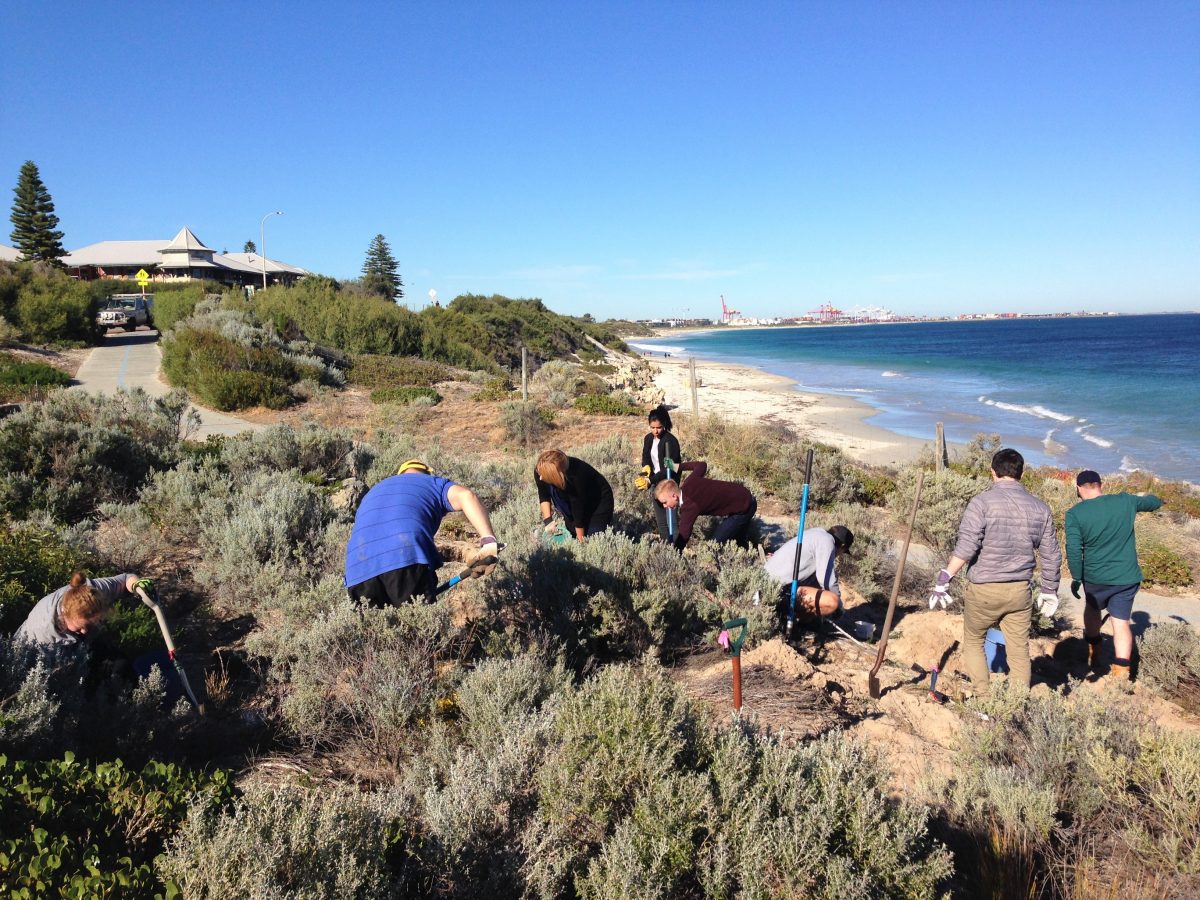 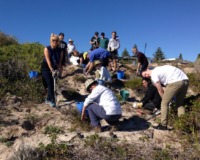 During June a team of enthusiastic volunteers from PricewaterhouseCoopers (PwC) took a break from the office and helped Cottesloe Coastcarers plant around 400 seedlings. The area was re-vegetated with local provenance species to restore degraded areas of sand dunes on the Cottesloe foreshore. 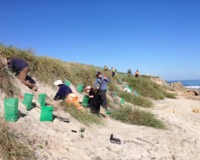 With loads of hard work, sunshine and smiles the team had the seedlings planted, watered and fertilized in an area which will be seen and enjoyed by many generations to come. PricewaterhouseCoopers (PwC) has been a valuable corporate group returning to Cottesloe for the past 4 years and continues to help with important restoration activities. 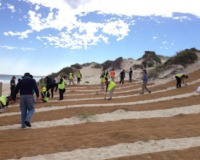 An enthusiastic team of students from Leeming Senior High School & Education Support Center spent a day on the dunes helping Cambridge Coastcare install a large section of coir matting near Floreat beach which was organized through Rio Tinto’s Earth Assist program. The team rolled out an impressive 500m2 of matting which they also secured by installing steel pins every meter. 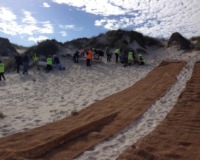 This is part of a larger project where Cambridge is stabilizing the sand dunes on the beach front by matting and planting local provenance seedlings to mitigate erosional forces. The students worked hard and showed great team work while achieving a great conservation effort to stop our dunes from blowing away.

Biodiversity study in the classroom 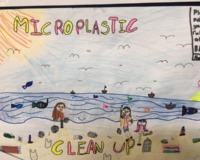 An energetic group of 63 Year Three students from Peter Moyes Anglican Community School showed great interest and knowledge about different habitats and biodiversity found along the coast during a field trip to Quinns beach. 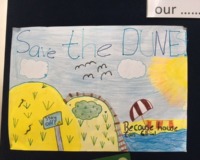 Perth NRM Coastcare Officer, Adeline Morrissey, talked about why it is important that we protect the dunes, how we can do this and the negative effects of litter on marine life. The kids did a great job of identifying a range of show and tell marine debris items. 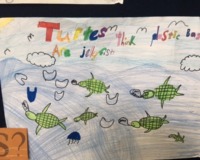 The class visited the beach to partake in a biodiversity study run by CSIRO and collected some fantastic debris items including a seadragon(!) before heading back to the classroom to complete their biodiversity studies. 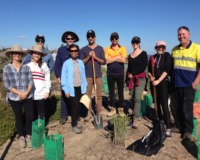 Members of the Kathmandu Summit Club took to the coastal dunes on a sunny Saturday in June to lend a hand in re-vegetating some of Marmion’s steep slopes. The team, organized through Conservation Volunteers Australia (CVA), met with Sorrento/ Marmion Coastcarer Mike Norman who gave a demonstration on his successful planting practices in coastal sands (he typically gets seedling survival rates in excess of 85%). The team planted more than 270 seedlings and placed protective tree guards around them to stop damage from the local rabbit population (until effective rabbit control can be achieved). 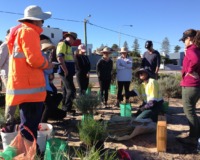 The Sorrento and Marmion coastal reserves have a relatively narrow but steep dune system between the ocean and West Coast Drive, with limestone cliffs in places. After years of intensive weed control and revegetation with local provenance native plants a large proportion of the dunes have been restored, therefore the team’s hard work with in-fill planting will continue to improve the overall integrity of the coastline.

Work for the dole protecting our dunes 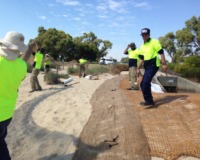 Summer storms in Perth resulted in areas of localised erosion along our coast.  In the City of Rockingham, damage to a dune from an excessive stormwater flow highlighted the impact that high intensity storms can have on our coastline.

Under the guidance of the City of Rockingham Environment Officer and Perth NRM Coastal and Marine Program Manager, Craig Wilson, a Work for the Dole team managed by Bridging the Gap, came to the rescue at short notice.

The dune was rebuilt by the City and the Work for the Dole team installed jute matting  to help stabilise the dune.

Jute matting is made from coconut fibre and will biodegrade over time while allowing the dune to be planted with coastal native plants that will assist the stabilisation process.  It is expected that in time the planted dune will also create additional habitat for coastal fauna.

Jujubes make their way onto our market shelves